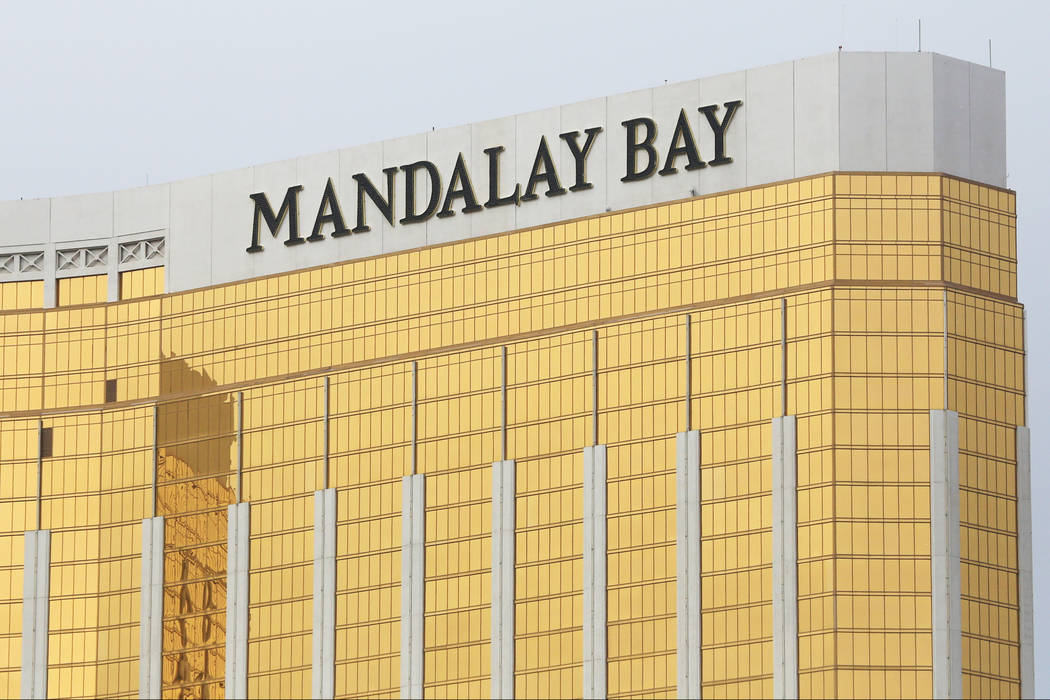 A gunman opened fire on a Las Vegas concert Sunday night from his perch on the 32nd floor of the Mandalay Bay Resort and Casino. Suspect Stephen Paddock used at least 10 guns to rain down a steady stream of fire on the Route 91 Harvest Country Music Festival, killing at least 58 people and injuring more than 500 others in the deadliest mass shooting in modern U.S. history.

Paddock, who died of a self-inflicted gunshot wound, had been staying at the hotel since Sept. 28, according to Clark County Sheriff Joseph Lombardo. While it’s uncertain how Paddock got the weapons into the hotel, former Homeland Security Adviser Fran Townsend told CBS Newsit’s likely he simply brought them in his luggage.

Nevada law allows a person to carry a concealed weapon with a permit; it does not restrict the number of weapons a person may own. Semi-automatic weapons are also not prohibited in the state as long as they are registered and are possessed in adherence to federal law, and neither are machine guns, according to the National Rifle Association.

UCLA Professor Adam Winkler, a gun law expert who’s been cited in landmark Supreme Court cases, told SWNS that the lack of security at hotels means weapons could easily be taken into the building.

“Most hotels in the United States do not have metal detectors. Anyone can walk into a hotel with firearms without being detected. Firearms in a suitcase would also easily get past any hotel security,” he said.

Townsend recalled that in the wake of the 2008 Mumbai attacks, the Taj Hotel, among others, put higher security measures into place, including screening visitors and their luggage. But she suggests similar measures wouldn’t be as easily implemented in Las Vegas.

“Here’s the problem in particular with the Mandalay Bay … it’s also connected to the convention center and a shopping mall, which means you’ve got multiple points of entry and exit. It would be very difficult to control that, which essentially makes it a soft target,” she said.

Drapes billow out of a broken window at the Mandalay Bay resort and casino Monday, Oct. 2, 2017, on the Las Vegas Strip following a deadly shooting at a music festival in Las Vegas. A gunman was found dead inside a hotel room.  (AP Photo/Ronda Churchill)

While it’s unclear whether the hotel will reconsider its security after Sunday night’s shooting, Townsend says that local officials, including the Las Vegas Police Department and Sherriff’s Department, practice for scenarios like this, running active shooter drills regularly. She believes the benefit of those drills was evident Sunday, lessening the impact of the shooting.

Law enforcement and security expert Paul Viollis told CBS News that, while there needs to be a conversation about possible increased security measures, he doesn’t believe the same can be done in the U.S. that was done in Mumbai.

“I don’t think [there’s a] balance [between making] a guest feel welcome and wanding you at the same time. We saw a change in Mumbai, but we have a different culture in the United States,” he said.

Townsend says there might need to be a compromise, possibly doing luggage screening on guests, which would’ve picked up the weapons Paddock brought into Mandalay Bay.

“We could have metal detectors at the hotel entrances, but that is impractical. In a country with 320 million guns, gun violence can’t be avoided in the U.S.,” said Winkler.

“Terrorism is very much in the forefront of every casino owner’s mind,” said retired Lt. Randy Sutton to 13 Action News last fall.

Steve Wynn, CEO of Wynn Resorts, had also called Las Vegas a “target city,” and previously revealed the security measures his resort has in place.

“Las Vegas is a target city. We have hardened the target at the Wynn,” Wynn told 13 Action News. “This is the first time I’ve ever revealed this publicly … there’s a division in the Marine Corps of special people that are specially trained to guard the embassies. That’s a whole division with separate base, separate training. There are almost 40 of them at every opening of my building, plain clothes, armed, on the look-out, changing shift and being relieved every two hours so they don’t get bored.”

Wynn also said he implemented new covert security measures that became operational last summer. “We have another group of a half a dozen seals team six guys and CIA guys who are a counterterrorism unit that … relate on a daily basis to Homeland Security, the FBI and Metro,” he said. “My company has metal detectors and devices at every entrance of the building for employees and guests that are non-visible to the public. We have done extraordinary things to make that sure we protect our employees and our guests at the hotel.”

At the time, other properties 13 Action News reached out to were not ready to discuss the security measures they were using to identify potential threats.

Representatives for Mandalay Bay were not immediately available for comment in light of recent events.