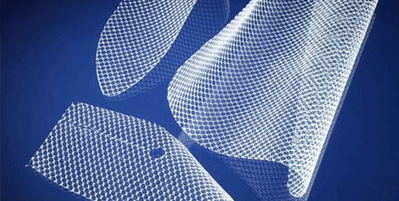 Law360, New York (January 9, 2017, 4:27 PM EST) — A New Hampshire man who supposedly suffered an adverse reaction after his hernia was patched with a polypropylene mesh product launched a lawsuit Monday in federal court claiming the product’s maker, Atrium Medical Corp., was negligent and hid the device’s dangers.
James Brown and his wife, Kimberly, contend Atrium negligently designed and fraudulently convinced doctors that its C-Qur mesh product was safe when in fact the company knew the polypropylene surgical netting was biologically incompatible with human tissue and carried the risk of causing serious medical complications in patients.

“Defendant Atrium made representations with the intent of inducing the medical community to recommend, prescribe, dispense and purchase C-Qur for use as a means of treatment for hernia repairs, which evinced an indifference to the health, safety and welfare of plaintiff James D. Brown,” the patient’s attorney wrote in a complaint on Monday.

The 56-year-old Brown alleges he was diagnosed with an umbilical hernia in December 2013 and had it surgically repaired using Atrium’s C-Qur mesh around the same time. Several months later, though, he continued to experience abdominal pain, which he learned was supposedly caused by the mesh in late 2015. He had the mesh removed in January 2016 but said he continues to feel pain.

According to the complaint, a pathology report from the removal surgery indicated a “foreign body giant cell reaction” in his body, including the scarring of the tissue around the mesh implant.

As Brown tells it, Atrium was well aware that its product could cause that reaction, yet continued to promote the mesh to doctors and even lied to the U.S. Food and Drug Administration about changes to the product’s design.

The C-Qur mesh is supposedly coated with Omega 3 fatty acid fish oil, which has the potential to cause an adverse or even deadly reaction in patients who are allergic to fish. After being alerted by doctors of complications, the mesh maker supposedly tried to play down the harm, allegedly changing the way it applied the fish oil coating to the device without notifying the FDA, Brown said.

The company also supposedly uses a chemical called ethylene oxide to sterilize the mesh product, but the device is still at a high risk for infection because the company fails to package or transport it with a sufficient amount of moisture that would otherwise kill certain infectious cells, Brown alleged.

Failing to package the product with sufficient moisture also supposedly leads the fish oil coating to separate from the mesh, which exacerbates problems once the device is implanted, the patient contended.

Brown’s complaint additionally alleges the company failed to properly investigate and disclose adverse reaction reports to the FDA, failed to implement adequate procedures to track and evaluate those complaints and “stealth recalled” multiple types of the mesh several times simply by halting production, without notifying physicians, the FDA or consumers.