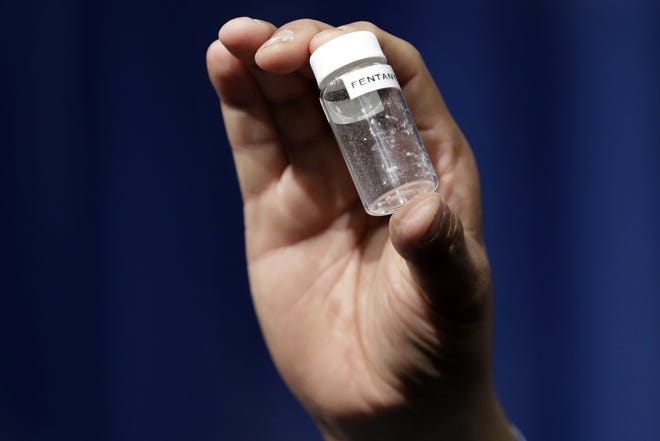 DOVER — The Strafford County Commissioners have authorized a lawsuit against prescription opioid manufacturers, marketers and distribution companies they say are responsible for “millions” the county has spent fighting the ongoing opiate crisis.

According to a press release from the commissioner’s office, the county has retained the firms Bonsignore Trial Lawyers PLLC and Napoli Shkolnik PLLC to represent the county against nine companies. The firms include Purdue Pharma, Teva Pharmaceuticals USA Inc., Johnson & Johnson, Endo Health Solutions Inc., Insys Therapeutics, Allergan plc, McKesson Corporation, Cardinal Health Inc., and Amerisource Bergen Drug Corporation, according to a report prepared by Napoli Shkolnik for the commissioners.

The commissioners say these firms are “legally responsible for the wrongful manufacture and/or distribution of prescription opiates and damages caused thereby,” according to the release. The three commissioners voted last week to authorize the firm to file the suit, according to Commissioner Chair George Maglaras.

The suit will be filed in U.S. District Court in Concord next week, Maglaras said. According to the release, the lawsuit seeks to recover costs the county has spent on opioid-specific programs, medication-assisted treatments, addiction programs, overdose death costs, increased burden on public services, law enforcement costs and incarceration costs.

Attorney Robert J. Bonsignore, who also represents other governmental entities in other opiate lawsuits, said in a statement, “The self-regulating system Congress enacted to control the volume of opioid pills distributed in this country has been an utter failure. We are prepared to prove that the pharmaceutical giants put in charge of policing their own conduct pushed highly addictive opioids. We will establish that they did so by falsely representing to doctors and patients the addictive qualities of the drugs they sold and that they failed to self-regulate.”

Maglaras told Foster’s Daily Democrat that other than the feds, county governments incur the most expenses generated by the opiate crisis. They incur costs from the prosecution of drug-related crimes as well as the incarceration costs at the county jail. “Seventy-five percent of property crime in the county is attributed to drug addiction,” Maglaras said. “The county has spent millions and millions of dollars on drug addiction, and I want to recuperate our costs.”

John Parker, senior vice president at Healthcare Distribution Alliance, pushed back on the notion that drug distributors are part of the problem. “The misuse and abuse of prescription opioids is a complex public health challenge that requires a collaborative and systemic response that engages all stakeholders,” Parker said in an emailed statement. “Given our role, the idea that distributors are responsible for the number of opioid prescriptions written defies common sense and lacks understanding of how the pharmaceutical supply chain actually works and is regulated. Those bringing lawsuits would be better served addressing the root causes, rather than trying to redirect blame through litigation.”

The HDA is a national trade association representing distributors, including AmerisourceBergen, Cardinal Health and McKesson.

Bonsignore said in the press release that opioid abuse is the leading cause of death for persons under 50 years of age. According to the release, it states that studies show people can become addicted to opioids in as few as three days use and those persons on opioids for more than 30 days have a greater than 50 percent chance of becoming addicted.

Opioids have been the most widely prescribed class of drugs in the United States since 2009, the release states. According to the Attorney General’s office, in 2016 424 people died from opioid-related overdoses in New Hampshire, about a 7 percent increase from the prior year of 397 opioid-related deaths. The 2017 data is still being finalized, but the latest figures put the number at 428 opioid-related deaths. New Hampshire was ranked the third highest state for rates of deaths in the country in 2016, the release stated.

The cities of Dover and Rochester  joined Concord in filing a lawsuit against opioid drug manufacturers in recent weeks. The state attorney general’s office sued Purdue Pharma last year in Merrimack Superior Court for its alleged deceptive and misleading marketing. Keene filed a similar lawsuit in April, and Nashua and Manchester filed similar suits last year. Strafford County’s lawsuit is not connected to the ones the cities filed.