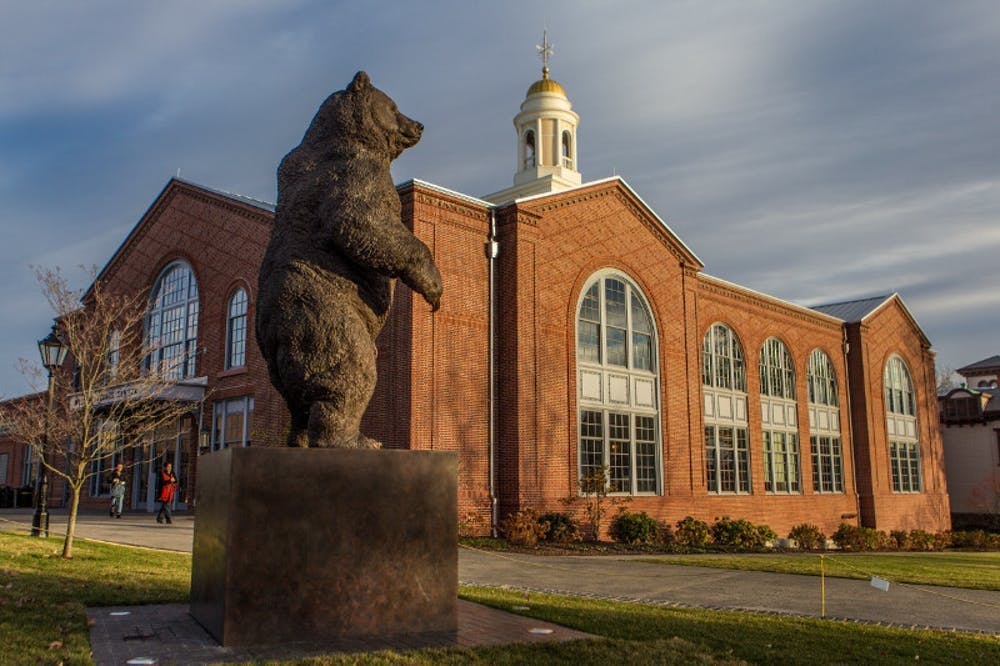 The United States Court of Appeals for the First Circuit in Boston heard oral arguments about a call by attorney Robert Bonsignore, representing 12 current members of the women’s hockey and gymnastics teams, to reject a settlement reached in Cohen v. Brown in December 2020, which reinstated the women’s equestrian and fencing teams and set an expiration date on the 1998 equal opportunity agreement mandating that Brown offer athletic opportunities to women roughly proportional to their enrollment.

This settlement was reached in the aftermath of the Excellence in Brown Athletics Initiative, which led class representatives to file a motion to enforce judgement under the landmark 1998 case Cohen v. Brown,  in which a federal court ruled that Brown had violated federal Title IX legislation after cutting funding for multiple varsity women’s teams, The Herald previously reported.

Attorney Lynette Labinger, who represents the plaintiffs from the original Cohen case, explained that the plaintiffs participated in discovery and briefing followed by extensive mediation when coming to the December 2020 settlement . The parties “came to an agreement that restored two of the five teams, set a framework for restoring more if Brown were to restore (more) men’s teams, provided some financial support for the restored teams, prohibited Brown from cutting any more women’s teams for the remaining life of the agreement,” Labinger said. The settlement will end after the 2023-2024 academic year, while the original 1998 settlement had an indefinite duration.

Bonsignore and his clients aim to restore the original 1998 judgment. “Our goal is (the reinstatement of) … the judgment that was entered by a court and not appealed and (that) had … a framework in place that worked extremely well to create equality and fairness and openness,” he said.

He noted that when the University has previously come close to violating Title IX, the 1998 judgment stopped them. “This (judgment) was set in stone, … and it worked well,” he said.

Bonsignore also emphasized the significance of the 1998 decision being a court judgment rather than a settlement.. “It’s a formal endorsement by the court,and it’s an order from the court,” he said. “You don’t backtrack on an order.”

Labinger, who was involved in the litigation leading up to the 1998 judgment, also praised the court judgement despite her defense of the 2020 settlement. “It appeared to deter Brown from taking any of those actions for over 20 years. During that time, (Brown) added women’s teams: equestrian and rugby,” she said. “We also built in what we thought was a substantial deterrent, which was (that) if you elevate any men’s team or you disadvantage any women’s team, that gap (that) is permissible drops from 3.5% (variance) to 2.25% (variance),” she said. The 1998 joint agreement states that beginning July 1, 2001, the fraction of varsity opportunities for women at Brown could not fall more than 3.5% below the fraction of undergraduates who are women; that variance would drop to 2.25% if Brown eliminated any womens’ team.

Bonsignore represents 12 appellants who are members of the women’s hockey and gymnastics teams, neither of which lost varsity status. Consequently, supporters of the settlement defended it by pointing to the fact that no affected athletes joined Bonsignore’s appeal. He countered, arguing that the affected athletes were unaware of the settlement and of their possible recourse. Additionally, he argued that the original plaintiffs comprising the class representatives do not adequately represent current and future athletes and their interests. “They had their rights affected, but they received no notice of this,” he said.

Labinger said that neither the objecting athletes nor Bonsignore himself directly communicated with her about the appeal. They only had contact through the formal objection and briefing. “We worked with about 50 of the class member women athletes, who were primarily on the teams that had been cut, pretty much from the time that they were notified of the cuts right through the settlement,” she said. “We’ve been in contact with them, as well as our class representatives, throughout this proceeding, so everyone who wanted to be informed was informed and we collected a lot of information from folks.”

Bonsignore found the emails between Chancellor Samuel Mencoff ’78 P’11 P’15 and President Christina Paxson P’19, — detailing intentions to “kill this pestilential thing,” referring to the consent decree — to be particularly incriminating evidence of Brown’s tactical approach to relieving themselves of the judgement’s constraints. The emails, which he called a “smoking gun,” demonstrated an intent to manufacture outrage, he argued, diverting anger away from the University and instead toward the Title IX judgement to get out of the consent decree.

Bonsignore further accused Brown of being uninterested in promoting gender equity in sports. “I don’t think that they want to treat women as they’re required to do under the law. Title IX says you have to spend this amount of money (on women’s sports), and they didn’t want to do it,” he said. “They just decided … to try these dirty tricks, … and that’s why we’re in the Appeals Court.”

While Labinger acknowledged the flaws of the settlement, she believes its overall impact is positive. “We wouldn’t have entered (into the settlement) if we didn’t think it was a favorable outcome,” she said. “It wasn’t the best outcome. The best outcome, of course, would be putting all the teams back. Our goal was to maximize the number of participation opportunities that we felt we could that the law would require.”

On the issue of proportional variance between the number of male and female athletes in Brown’s athletic program, Labinger conceded that perfectly equitable representation will be difficult to achieve when negotiating with Brown. “As I said both to the court and on many occasions, mathematical purity, which is zero percent (variance) for each gender, is not something that we consider a good outcome,” she said.

Labinger and Bonsignore diverged in their speculations about what might happen after the December 2020 settlement expires in 2024, if it is upheld by the Appeals Court. “From (the) plaintiff’s perspective, we felt that we were not sacrificing the interests in any respect of our class members by putting an end date on the settlement,” Labinger said. “I don’t see Brown reversing course. It, probably more than most, understands what it needs to do and (that) it will not have the protection of the 2.25 percent (variance). I view it as a shield at this time more than a sword.”

She also believes that the standard of 2.25% variance ultimately had detrimental consequences to gender equity in sports in the aftermath of the Excellence in Brown Athletics Initiative. After restoring the men’s track and field and cross country teams, Brown turned away from targeting proportionality between women’s and men’s teams based on undergraduate enrollment numbers to instead doing what it needed to meet the 2.25% variance requirement. “That is not (what) we want Brown to have as their goal,” Labinger said. “Their goal should be as close to proportionality (of men and women athletes to undergraduate enrollment numbers) as they can get.”

Bonsignore offered a more grim prediction, speculating that Brown would “treat the women disparately (and) … force the women to litigate” alleged violations of federal Title IX, rather than regularly prove its own compliance through the mechanisms of the consent decree, he said. “It’s going to be costly (and) no one’s going to take their cause, and the women will be treated like second-class citizens.”

“I’m very proud of the student athletes that learned about this and contacted me and stood up for their rights. Whether it does them any good or not, at least they went down fighting.”

The University denied Bonsignore’s allegations and affirmed its commitment to gender equity in sports. “Each of those claims is unfounded,” University Spokesperson Brian Clark wrote in an email to The Herald.  “As President Paxson said directly upon final court approval of the settlement: ‘From the outset of this initiative, Brown’s efforts have been about one thing — increasing opportunities for our student-athletes to be part of a competitive program. The Cohen agreement served an important purpose when it was signed 22 years ago, but Brown’s commitment to women athletes transcends the agreement. We can provide excellent athletics opportunities for women and men, be a leader in upholding Title IX and have a competitive varsity program. And we will.’”

During oral arguments in September, the University’s attorney Marcella Coburn rejected any proposed legal grounds upon which the settlement could be overturned. “The District Court acted well within its considerable discretion when it approved the settlement as fair, reasonable and adequate and objectors have presented no basis to overturn that decision,” she told the court. “Objectors’ argument that the class representatives are per-se inadequate because they’ve graduated from Brown is refuted by decades of Supreme Court precedent.”

“The District Court’s conclusion that the settlement was substantively reasonable was also well within its considerable discretion,” she said in further defense of the settlement. “After extensive discovery, it provides adequate relief to the class, treats the members of the class fairly and the overall reaction of the class, noting that these 12 objectors are the only objectors (out of) hundreds of people, illustrates its reasonableness.”