Conway asked to participate in lawsuit against big pharma 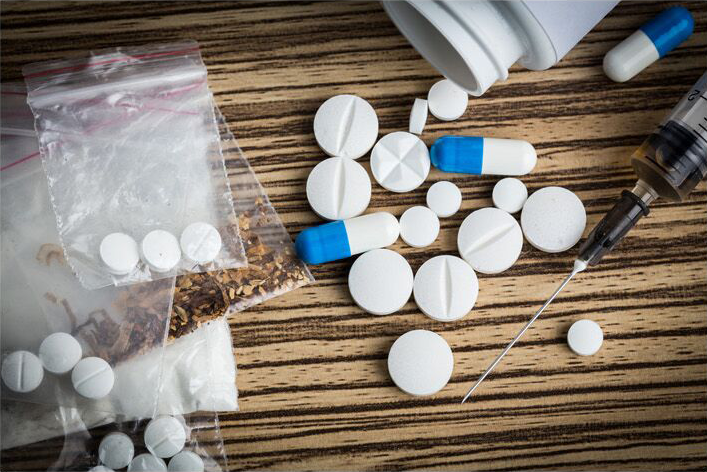 CONWAY — Selectmen are mulling whether they should join in “mass tort” lawsuit against the pharmaceutical industry for allegedly hooking people on opioids.

The attorney who proposed the suit was unable to convince Carroll County to join but has signed up various towns and counties state wide.

On Tuesday, Attorney Robert Bonsignore came to the Conway selectmen’s meeting to pitch the lawsuit. On May 2, the Carroll County Commissioners rejected his proposal but Bonsignore said he’s been “vetted and retained” by Strafford County, Belknap County, Rockingham County and Grafton County as well as well as about 20 New Hampshire municipalities. Concord, Keene, Manchester are among the cities on board with the lawsuit. Cheshire County joined the suit on Wednesday.

“It’s not about stopping opioids completely. Many people including cancer victims receive a benefit from opioids,” said Bonsignore. “What the case is about is stopping the proliferation of pills and the over-sale.”

He said about 1,000 cases have been filed across the country so far.

Carroll County Commissioners questioned if the case would involve suing truck drivers who deliver medications and Bonsignore said that’s not the case.

“This is about recouping the taxpayers money so we are targeting the manufacturers, the distributors and others who are responsible under the law,” said Bonsignore, adding he’s taken on tobacco and Walmart and won. “I’ve seen some pretty bad things over the course of my career but this case is about the worst I’ve ever seen.”

The tobacco suit resulted in a $15 million win decision and the Walmart case was $78 million win.

Bonsignore said he’s trying to recoup for towns and cities costs associated with law enforcement, Narcan (a drug that reverses opioid overdoses), administrative costs, overdose related ambulance runs, welfare and such. He said the cost of Narcan is $800 per service.

“The record I heard is one person had 12 doses of Narcan in one day,” said Bonsignore. “That is an awful lot of money.”

He said the pharma companies are liable because they created a product that’s more addictive than they let on. He said some people can become addicted to these drugs in three days and after 30 days even more become addicted and after 45 days about 70 percent of people are addicted.

“You see one of the manufacturers paid $780 million dollar fine,” said Bonsignore. “Let that sink in for a second and think about how much money they are making and why they are willing to pay these fines to keep their profit model going.”

He said the case is “rock solid.” What’s more, he said U.S. Attorney General Jeff Sessions has no sympathy for the drug companies.

He said the opioid industry lobbied Congress to let them regulate themselves.

“You see where we are,” said Bonsignore. “We have an opioid crisis.”

The case is a mass tort and not a class action, Bonsignore explained. The difference is in a class action one person can bring a claim and others in a similar position will get compensation. In a mass tort, only people who bring a case would get paid if they win.

Town Manager Tom Holmes asked Bonsignore what the town needed to do and Bonsignore said the town would have to fill out a form explaining what costs they have incurred due to the opioid crisis.

Conway Selectmen’s chair David Weathers objected and said much of that information would be confidential.

But Bonsignore said he wasn’t interested in names or personal information, just the budget information and estimates of the time spent on the crisis. He said his legal team can help the town identify costs related to the crisis.

Selectman Carl Thibodeau asked who Bonsignore was suing not by name but by category.

Bonsignore said the list includes manufacturers, distributors and “big box” pharmacies. However, some towns chose not to go after pharmacies.

Doctors won’t be sued for over-prescribing because that’s a criminal issue. He said one doctor who did a study for the manufacturers is a defendant.

Weathers asked why Carroll County Commissioners rejected him and Bonsignore said the commissioners seemed have a impression that the lawsuit sought to end the production of opioids. He also stressed that they are not going to sue truck drivers or the president for growing poppies in Afghanistan.

Commissioner Mark Hounsell at that commissioners meeting said that generations have been raised to take pills like Fred Flintstone Vitamins.

Thibodeau said he was “hazy” on what the lawsuit is about.

“If you have a lounge that over serves their patrons and they go out and get into a car accident you sue the lounge you don’t sue the brewery who made the beer,” said Thibodeau. “How are you getting this turned back around the other way and what’s the difference?”

Bonsignore said alcohol isn’t as addictive as the drugs. He alleged that he could even prove violations under the Racketeer Influenced and Corrupt Organizations Act known as RICO Act. He said victims were misled about the nature of the drugs.

“It’s not about someone knowingly taking something and taking a risk,” said Bonsignore. “This is about taking something that was absolutely misrepresented and we are not naming the doctors because the doctors were lied to. These manufacturers knew what they were doing.”

Bonsignore said that the attorneys are fronting the money in the case and will only get paid if they win. If they do win, they would collect 25 percent.

“You never have to reach in your pocket,” said Bonsignore.

Holmes said selectmen would take the proposed lawsuit and run it by the town’s attorney Peter Malia and they would also have to get the town’s five fire departments to provide information about Narcan costs.

Homles said they would get back to Bonsignore in about four to six weeks.

“We probably will discuss it at a future time,” said Weathers.