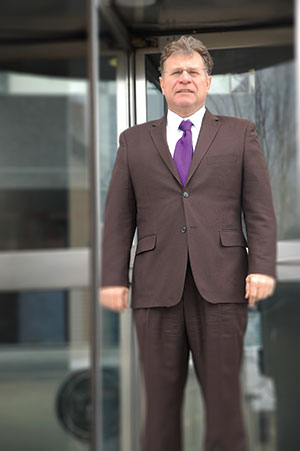 Mr. Bonsignore began his career in the Office of the District Attorney for Middlesex County, Massachusetts. Since 1990 when he began his own law firm specializing in complex litigation and trial work, he has been lead trial counsel in cases with jury verdicts totaling in excess of $350 million dollars. Mr. Bonsignore has extensive experience in antitrust, consumer protection, complex litigation, class actions, multi-district litigation, Judicial Panel on Multi District Litigation proceedings, and commercial cases. He also has received significant jury verdicts in wrongful death and catastrophic injury cases.

Mr. Bonsignore has served as a member of the American Antitrust Institute’s Board of Directors since 2009. The American Trial Lawyers Association has selected him as a peer reviewed “Top Trial Lawyer” each year since 2007. In 2010 he received the Outstanding Public Service Award from the Ipswich River Foundation. He is a 2010 graduate of the Trial Lawyers College. Present anti trust cases; Manufacturers of electrical components, auto glass, contact lenses, generic drugs, and large scale farm seed, fertilizer and pest control. He is also bringing cases against commercial purchasers of poultry (Purdue and others) for ripping off Poultry Farmers.

Mr. Bonsignore was extensively involved in trial preparation in cases against tobacco manufacturers brought by public entities as well as private attorneys general and was counsel of record for the former Governor of California as well as Orange and Los Angeles counties.

Mr. Bonsignore is frequently requested to speak at Continuing Legal Education seminars across the country. He has lectured on topics ranging from antitrust to consumer advocacy and from trial techniques to ethics.

Mr. Bonsignore has successfully tried to verdict several high profile cases including cases selected by the Association of Trial Lawyers of America (ATLA) as the most outstanding jury verdicts of the year. Legal publications have featured Mr. Bonsignore’s success in first obtaining admissions of payoffs to medical reviewers in the Rezulin litigation. Mr. Bonsignore’s finding of Sulzer’s document destruction in the hip replacement litigation was publicized in the United States and Europe. His work on Sulzer hip litigation also merited a feature story in the European news magazine FACTS, where he was headlined as the “American Killer Lawyer.” Mr. Bonsignore is AV rated by Martindale Hubbell and was awarded Diplomat status by the National College of Advocacy. He has co-authored a trial techniques treatise, writing on Direct Examination for Lexus/Nexus.

Mr. Bonsignore previously served on the Boards of the non-profit Trial Lawyers for Public Justice and was a national officer for the Civil Justice Foundation. Mr. Bonsignore is a life member of the National Conference of Bar Presidents of the American Bar Association and has served on the Articles and Bylaws Committee since 1999. Mr. Bonsignore has previously served as a Consumer Advisory Commissioner for the Office of the Attorney General for the Commonwealth of Massachusetts and as an Assistant District Attorney for Middlesex County. Forbes Sky Radio as one of America’s Best Lawyers selected Mr. Bonsignore.

Mr. Bonsignore is frequently called upon to serve as counsel in team approach litigation because of his decade long experience and proven track record in Multi District Litigation. After establishing himself as a trial lawyer and working cooperatively in the Breast Implant litigation in 2000, Mr. Bonsignore was selected as the firm representative of Robinson, Calcagnie & Robinson to the “megafirm” of Herman, Middleton, Casey, Kitchens & Robinson (HMCKR). HMCKR formally brought together nationally top-ranked law firms to jointly prosecute MDL actions (multi-district class actions) and other complex litigation involving antitrust, unfair competition, and pharmaceutical matters. Other mega-firm members selected Mr. Bonsignore based on his skill, experience, work ethic accomplishment, and demonstrated ability to work cooperatively with co-counsel and opposing counsel on a multitude of projects.